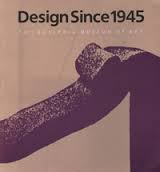 [the landmark design since 1945 book contains the interviews with max bill and ettore sottsass, jr. that influenced The Professor]

Back in the autumn of 1983, The Professor assumed the top editorial spot at ID magazine and ventured to Philadelphia to attend a symposium for the opening of the landmark exhibition “Design Since 1945.” The curator who put the exhibition and the event together, Kathryn B. Hiesinger, also edited a major hardcover eponymous book published at the same time [Design Since 1945, Rizzoli 1983].

Hiesinger had the foresight to bring together an unprecedented range of creative talent to write chapters on particularly relevant subject matter. Her list included giants in the field. Thus, George Nelson wrote about the design process; Niels Diffrient wrote about design and technology; Marco Zanuso about design and society; Olivier Mourgue about design, invention and fantasy; Dieter Rams about appliances; Timo Sarpaneva about ceramics and glass; Hans Wegner about furniture; Achille Castiglioni about lighting; Bruno Danese wrote about plastics; and another half-dozen deeply informed authors expounded on equally relevant topics.

But the best part of the book—certainly the part that The Professor has returned to the most over the intervening years—was the front-of-the-book interview between Max Bill and Ettore Sottsass, Jr. [Design Since 1945, “Design and Theory: Two Points of View,” p. 2 – 4]. Both Bill and Sottsass were designers, writers and theorists, in addition to being painters and sculptors. But each occupied an almost completely separate professional realm; Bill in Germany at the High-Modern, Bauhaus-successor, precision-oriented design school located in Ulm, and Sottsass in Milan with the irreverent and referential Memphis group known for its wildly colliding palette of colors and dynamic patterns [utilizing some of the most graphically wild laminates from the Italian manufacturer Abet Laminati, with laminates not even existing in Bill’s material universe]. 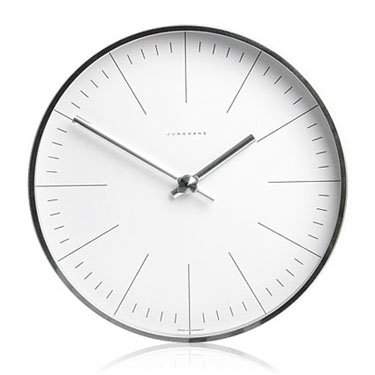 In the interview, Bill and Sottsass were each separately asked the same six questions. With their responses to the first question, the difference between their two world-views was dramatically demonstrated. Asked the innocuously simple question of “What are the qualities of good design?“, Bill answered with succinct and focused purpose: “Good design depends on the harmony established between the form of an object and its use.”

What brevity! What clarity! What longevity! We are still today often defining “good design” in that very same way. Who could possibly disagree or add anything to Bill’s laser-like definition?

Sottsass, that’s who. His answer to the same question about “good design” went as follows: “This is a question that supposes a Platonic view of the situation, that is, it supposes that somewhere, somehow, there is a place where GOOD DESIGN is deposited [his capitalization]. The problem then is to come as close as possible to that ‘good design.’ My idea instead is that the problem is not to be near ‘good design’ but to design, keeping as near as possible to the anthropological state of things, which, in turn, is to be as near as possible to the need a society has for an image of itself.”

What a thought-provoking response by Sottsass. It’s not that Bill is wrong, it’s that Sottsass is intent on expanding and enriching the design process and deepening and opening-up the designed experience, and those goals were then, and still are today more congruent with The Professor’s. While Bill argues for enduring design, design that lasts for eternity, Sottsass believe that enduring design is the only type of design that doesn’t endure: that type of designed effort that tries too hard to be classic so as to stick around. While Bill would fight against planned obsolescence, Sottsass goes on to state that “the only possible enduring design [today] is the one that deals with obsolescence, that comes to terms with it, maybe accelerating it, maybe confronting it, maybe ironizing [sic] it, maybe getting along with it.” 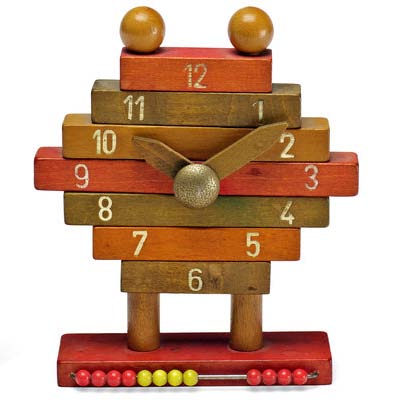 The fourth question—not surprisingly The Professor’s favorite given its topic—went like this: “How can design best be taught today?” While Bill said that “Design can only be taught by getting to the heart of the problem that is to be solved,” Sottsass chose to wax poetic about the broad relevance of design to the very things that are dear to us as humans.

His response has been influential for years on some of the following generation’s teachers, The Professor included. Sottsass said:

“To me design, as I said, is a way of discussing life. It is a way of discussing society, politics, eroticism, food and even design. At the end, it is a way of building-up a possible figurative utopia or metaphor about life. Certainly to me design is not restricted to the necessity of giving form to a more or less stupid product for a more or less sophisticated industry. So, if you have to teach something about design, you have to teach, first of all, about life and you have to insist, explaining that technology is one of the metaphors of life.”

Sottsass had the gumption in 1983 to suggest that the design profession should move beyond corporate engagement, far past the “acid mechanisms of industrial needs” to a place or position where it could engage with a far wider range of needs and possibilities. Judged by The Professor’s contemporary standards, his remark was not a mad rave but a prudent request. The action area for design since Sottsass said those words was, and is, in the cultural realm; designers have conquered the business world. They have become executive managers, entrepreneurs, celebrities, and been designated part of what the urban theorist Richard Florida called “the creative class,” the 40 million Americans he estimated that worked within the nation’s idea-based economy more than ten years ago.

Now the question for designers is no longer how to make money or how to create new shapes, but how to employ what the design profession can offer to the largest [and smallest] concerns of society. Designers can still engage the expressive pursuit of the harmony between form and function as Max Bill put it, but how much better would design be for everybody, one and all, if designers raised the stakes by recognizing the critical value of meaning and included it as a third essential attribute to ponder, enrich, express and solve for. Back in 1983, Sottsass argued for expanding the sphere of design-inspired activity and advocated a more intrinsically human engagement with the tools of design and of the design process itself—and that’s why he thought that “design should be a way of discussing life,” and that’s why they call me The Professor.